Have you ever heard about “Vocaloid”?

If not, please check this song out first!

This song was NOT sung by human!

It was sung by “vocaloid”.

Vocaloid was basically made by recording human voice.

(The song maker for vocaloid songs are called “Vocalo P”)

In this article, I will introduce my favorite songs as one Japanese nerd.

I am happy that this article help you to find new door of your journey!

(※My favorite songs might be not super up-to-date. Please check by yourself for the latest trends and songs)

This song was originally made as song for “Hatsune Miku (初音ミク for your search)”, which is the one of most famous vocaloid by n-bna(vocalo-P).

Aiko Shimizu covered this song by “Yamine Renri”, which is different vocaloid from Hatsune Miku. (“Hatsune” is familly name and “Miku” is last name. Also “Yamine” is family name and “Renri” is first name.)

This song is up-tempo with rap like voice actress.

This song has chatting part like news caster by Hatsune Miku.

The best comment I saw was “The only news station that isn’t talking about COVID-19”.

This song composed by MARETU.

I am sorry that I cannot embedded the video. But this compose is worth putting here even if it has bad for putting here.

This song, “変わらないもの(Kawaranai-mono)” is originally made by Hanako Oku, who is Japanese singer.

This song song is very famous for the movie, “時をかける少女(Toki wo Kakeru Shoujo)”

Up-Tempo and EDM like song with Kagamine Ruka by Neru.

You don’t mind if you cannot understand any Japanese because this lyrics does not have many meanings for Japanese too.

Just enjoy its melody and beat!

Composed by n-buna, who is famous as member of “ヨルシカ(Yorushika)” these days.

This is one of famous work by Hachi.

You can find another songs as Hachi in Youtube channel of Yonezu Kenshi (Link).

This song is in 2nd album of Yonezu Kenshi.

Beautiful Music Video (I heard the drawing by Yonezu Kenshi himself) and sorrowful melody.

n-buna is working as one member of ヨルシカ(Yorushika) as music composer.

Yorushika has human vocalist, whoese name is suis. The world of n-bune has not changed between two names.

If you like n-buna vocaloid songs, you would love the Yorushika songs too!

Those combinations are actually very emotional (as in my opinion).

This songs are one of the most famous song by Yorushika.

The meaning of title might be like “Sunny at you” but this is not usual use in Japanese too. It is more like artistic or poemy title even if its original Japanese.

This song was not sung by vocaloid, sung by suis(she is a human).

Also you could find other song by n-buna or Yorushika of their Youtube channel (Link).

“Yurufuwa” is the slung to express “soft and fluffy”. Jukai directly means “sea of forest”. The most famous one in around mount Fuji.

Ishiburo is using name of “Asahi” and doing a guitar. The vocalist of Necrytalkie, who is called もっさ(Mossa) liked Ishiburo’s songs and she posted cover songs of Ishiburo. Those two is working together for now, which is one of emotional story.

Please compare following two songs. The first one was sung by vocaloid and the second one was by human but same song.

The first Yu-gure sensei video by Hatsune Niku was posted on Youtube 7 year ago. (time flies so fast!)

The first one is the original song for Hatsune Miku. The second one is the self-cover by band, Necrytalkie.

Ishiburo (Asahi as band name) is the person who uses a green guitar.

Here is the link for their Youtube channel! Please enjoy.

The songs recommended in this article are all available on Youtube. 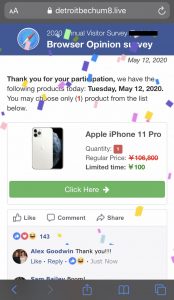 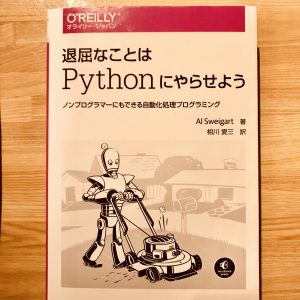